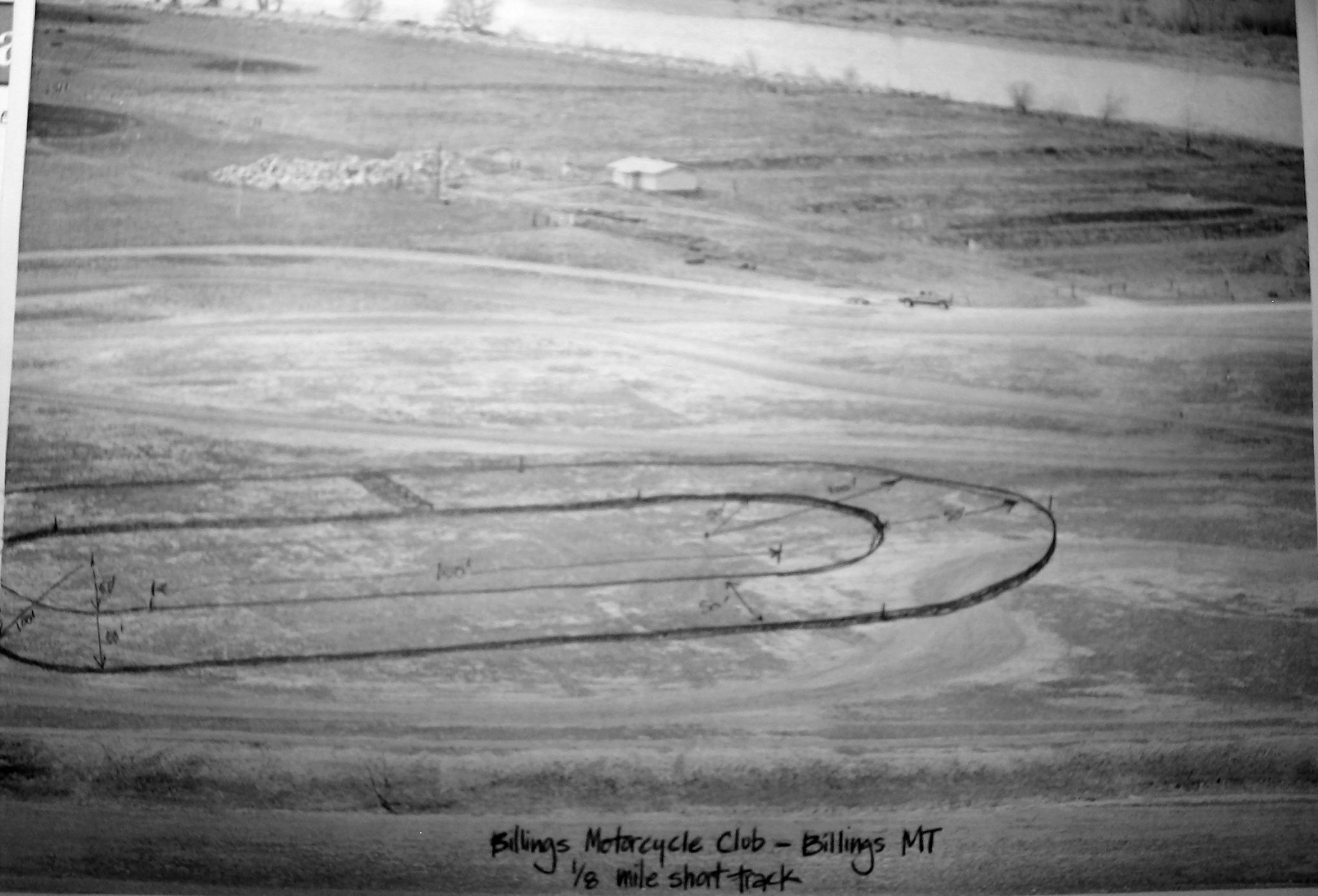 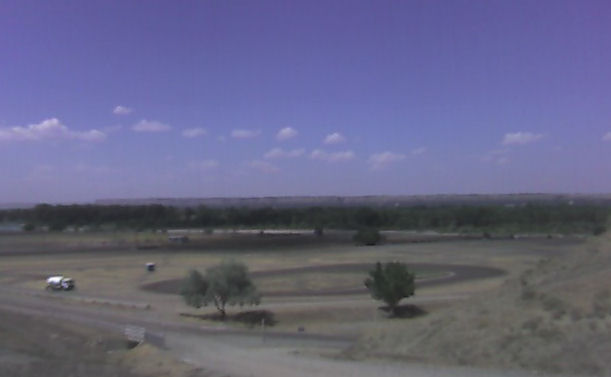 Directions to the Billings Motorcycle Club track detailed below.

Detailed Directions: Take Interstate – 90 to Billings, take the South Billings Boulevard Exit, turn south on S. Billings Boulevard. Proceed approx 2 miles, across the Yellowstone River.  Look for a sign on the right side of the road for Billings Motorcycle Club, then turn left  immediately before Casey’s Corner convenience store onto gravel road.  Continue on the road going east following the Yellowstone River (which will be on your left) approximately 1 –  ½ miles to the white entry gate

From 2015, where all the money was won by Charlotte Kainz, Joe Kopp and Wyatt Maguire… 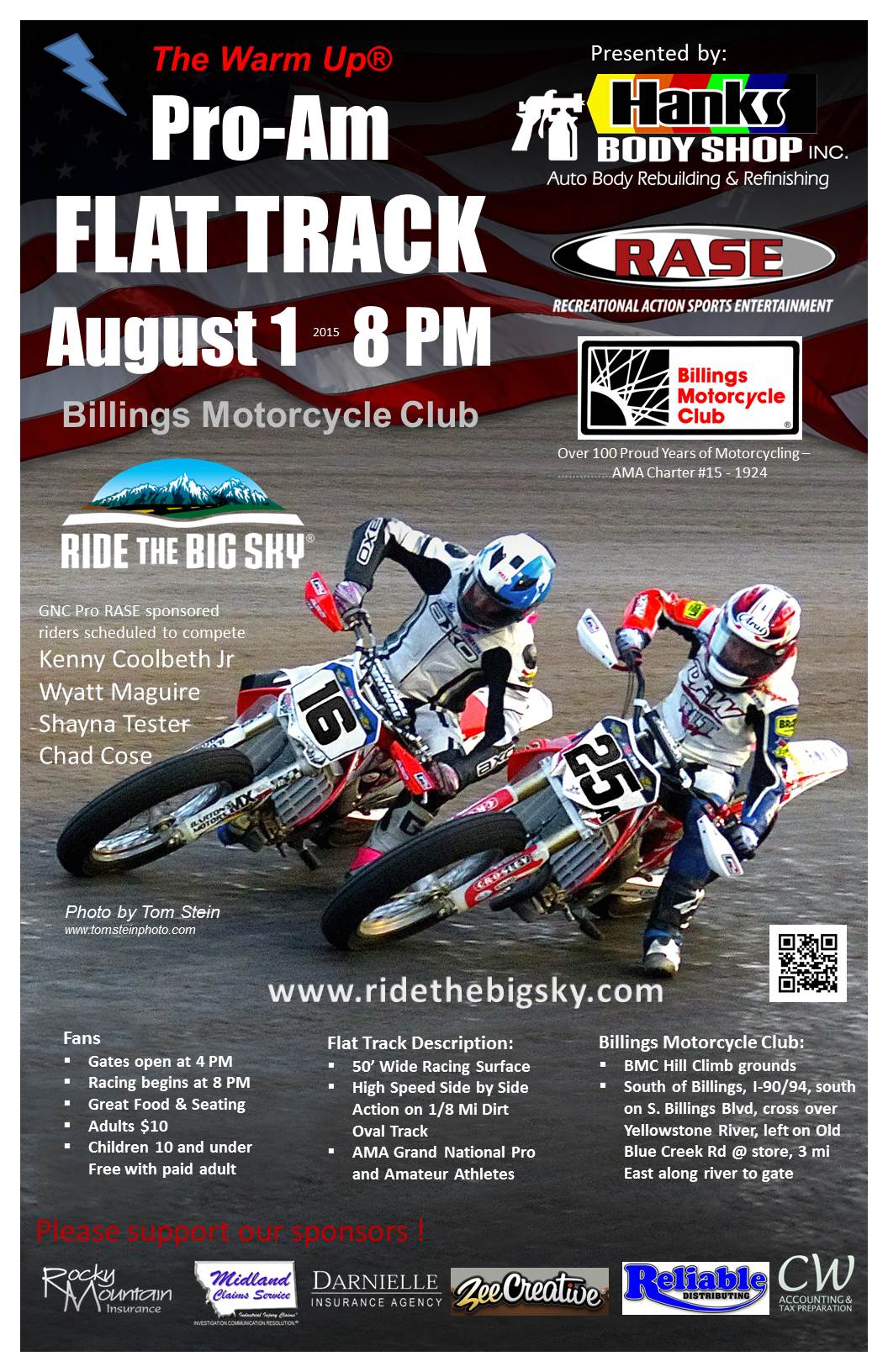 They were back!  AMA Pro Expert and Pro Single racers were in Billings for an AMA All Star National Flat Track Series race to be held at BMP Speedway on Monday, August 4, 2014!  Top riders like Mees, Halbert and 2014 National Pro Singles Champion Wyatt  Maguire came to Billings.  And what a show they put on.  Amazing.  Even after racing flat track for over 40 years it still amazes me how fast this newest generation can go, the delicate but strong control they have over the motorcycle at 80 mph and how positive and supportive the flat track community is with and for one another.

The AMA Pro Grand National tour was on the West Coast with race events in Washington, then to Sacramento and returning to Castle Rock, Washington concluding on Saturday August 2.  Both the Expert and Singles athletes traveled to Billings for the All Star race on Monday, August 4, with events the next two days in Rapid City, SD (Grand National 1/2 mi) and Sturgis, SD (AMA All Star 1/2 mi) Tuesday and Wednesday.  We had 68 entries of national competitors in Billings.  Classes included Expert and Pro classes for singles and twins…yep, we had a bunch of Harleys, Kawasakis, Triumphs and other big twin machines on track!

And then Mother Nature visited us once again.  For the second year in a row, Mom showed up with smallish clouds and put down just enough water on the track prepared by Steve Nace to make it unrideable and unrecoverable.  We might have been able to stay late, but with the National the next evening in Rapid City South Dakota and a low spectator turnout (it rained in Billings two hours before race time), we decided to make payoffs after the heat races.  Excellent racing.  Seeing Charlotte Kainz and Molly Terry, two of the sport’s leading rising stars was a treat…Charlotte is a sponsored RASEer…hope to her, Wyatt Maguire, Chad Cose, Shayna Texter and the rest of the RASE team in Billings in 2015 for our Castle Rock to Rapid City race to be held Monday August 3, 2015 at Billings Motorcycle Club.

Some of the very best in the world were in Billings Monday night August 5, 2013.  Over 50 entries were taken in the Expert and Pro classes.  Steve Nace and Mike Quigley did an amazing job of making BMP Speedway motorcycle friendly…the track with high banks looked to be one that would host some competitive racing in both the Singles and Twins classes.  But unfortunately it was not to be.  Right at practice time, shortly after the track had been given its final watering, Mom Nature stepped in.  For 3 hours we watched as a storm in the West stalled about 50 miles from the race track…and then at 6 pm it moved at a glacier pace directly above the track and misted for more than 30 minutes.  The moisture was not enough to get the pits or spectator areas muddy, but just enough that all efforts (including running a road grader to scrape the top inch off the track) failed.  One of the best grader operators was called upon, and even he couldn’t get the grader around the track…it slid from the top of the track into the base in turn 3…when we knew that we were not racing.  Full refunds were given to riders, crew and spectators.  The riders proceeded on to Sturgis and raced Tuesday night. 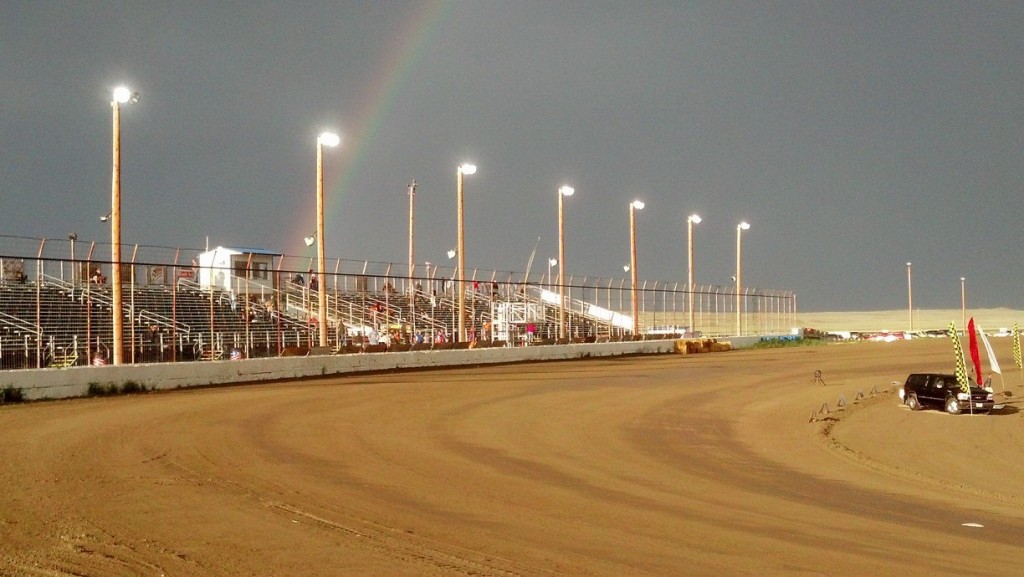 AMA Grand National Singles in Montana in 2008
The AMA Grand National Flat Track series made a stop in Billings, Montana in 2008. Since 2003, The Warm Up, held the weekend before the Sturgis Rally each year, has included hundreds of profesisonal and up-and-coming motorcycle and quad flat track racers. In 2008, the best athletes in the sport of professional flat track came to Billings to compete on the MetraPark 1/2 mi dirt track. AMA pro racers from the US, Canada, Australia and Japan were on hand to battle it out under the beautiful Montana Big Sky. The two day event was the first of its kind for Montana, and the only AMA GNC race west of the Mississippi in 2008.

Congratulations to Kenny Coolbeth for winning the first ever GNC Singles race in Montana, and moving on to win his 3rd consecutive GNC Twins Number One plate in 2008. Great Job Kenny!